Do's and dont's when meeting the Tauros

The Tauros Programme pays special attention to the behaviour of the animals. This should be as natural as possible, within the circumstances they live in. Often natural behaviour of - especially - bulls is thought to be aggressive behaviour. However, based on evidence of natural herds and on old descriptions of living Aurochs form the 16th century we know that aurochs was not an aggressive animal under natural conditions. It could be aggressive when provoked, such as when Julius Ceasar put it in the Arena to fight with lions. And they can be aggressive in Spanish arenas, especially since the Toro Bravo (fighting bull) has been bred on attacking behavior for many centuries. But the breeds used for the Tauros Programme are not dangerous. The were often used as farming animals to pull the cart and the plough. Since individual behaviour is not always predictable, of course we monitor the behaviour of the Tauros.

There has been a specific ethological research by Utrecht University, in which the behaviour of the Tauros crossings is compared with breeds as the Scottish highlander and the European Bison (Wisent). This report can be downloaded here. In an experimental approach (people actually moving towards animals) it has been shown that the Tauros crossings show alert behaviour, which is needed to survive. However in all the experiment no aggressive behaviour whatsoever was found.

What to do when among the animals? 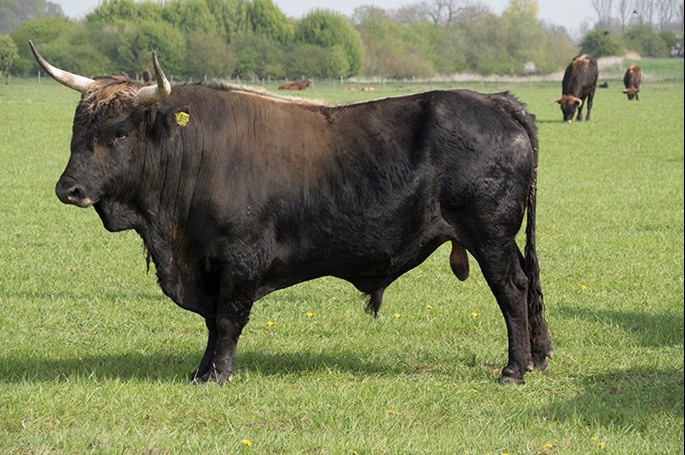 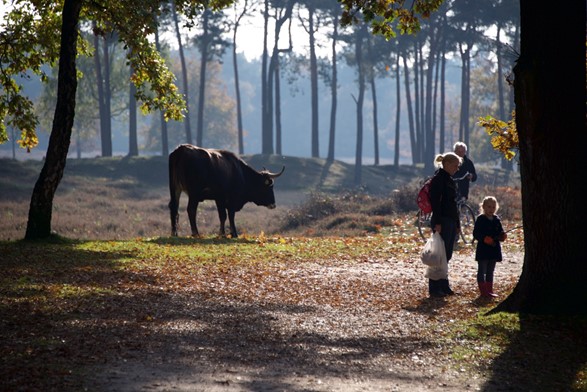