The body shape of an aurochs was different from many developed cattle breeds today. No big udders of beef butts. It had an athletic body shape and long legs. Eyewitnesses at the time describe the animal as a swift and very agile animal. The skull, carrying the large horns, was larger and more elongated than in most cattle breeds today and the head was big compared to the rest of the body. Especially the bulls showed a strongly expressed neck and shoulder hump musculature to be able to carry the heavy head with its long and thick horns. Even in pregnant cows, the udder was quite small and barely visible from the side.

Its horns were characterised by their size, curvature and orientation. From the skull the horns grew outwards, then curved forward, at an angle of about 60 degrees in relation to the forehead and then finally often inward toward each other. They were light-coloured, with dark-coloured tips. The bull’s horns could on occasion reach up to 107 cm in length and measuring between 10 and 18 cm in diameter at their base. The cows had horns that could probably reach up to 70 cm in length. The bull’s horns were larger, with the curvature more strongly pronounced than the cows.

The coat colour of the aurochs has been reconstructed by using historical and contemporary artwork combined with written sources. This picture has been confirmed by modern research (genetic DNA markers of cattle’s colours). In general, the calves were born with a chestnut colour. Within half a year, bull calves would change colour to a very deep brown or black, with a whitish-yellow so-called eel stripe or dorsal line running down its back along the spine. Cow calves retained their reddish-brown colour, but black cows were occasionally seen as well. Both sexes had a distinct light-coloured, often white, muzzle. 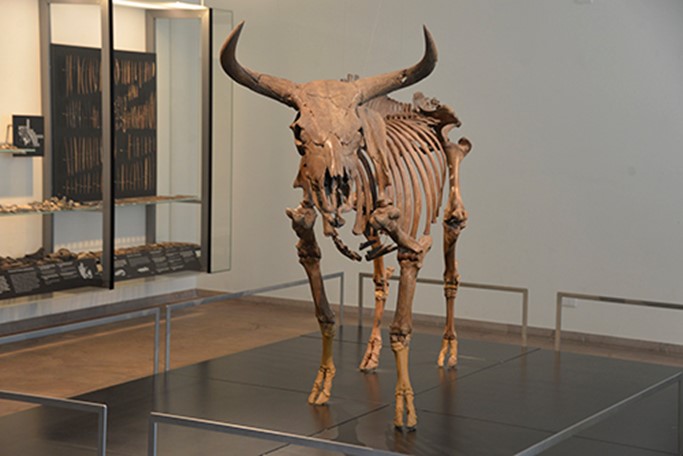 The Vig Aurochs in the The National Museum of Denmark 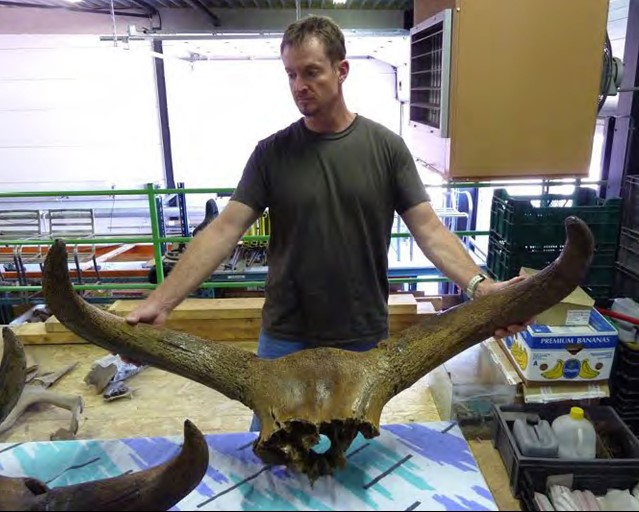